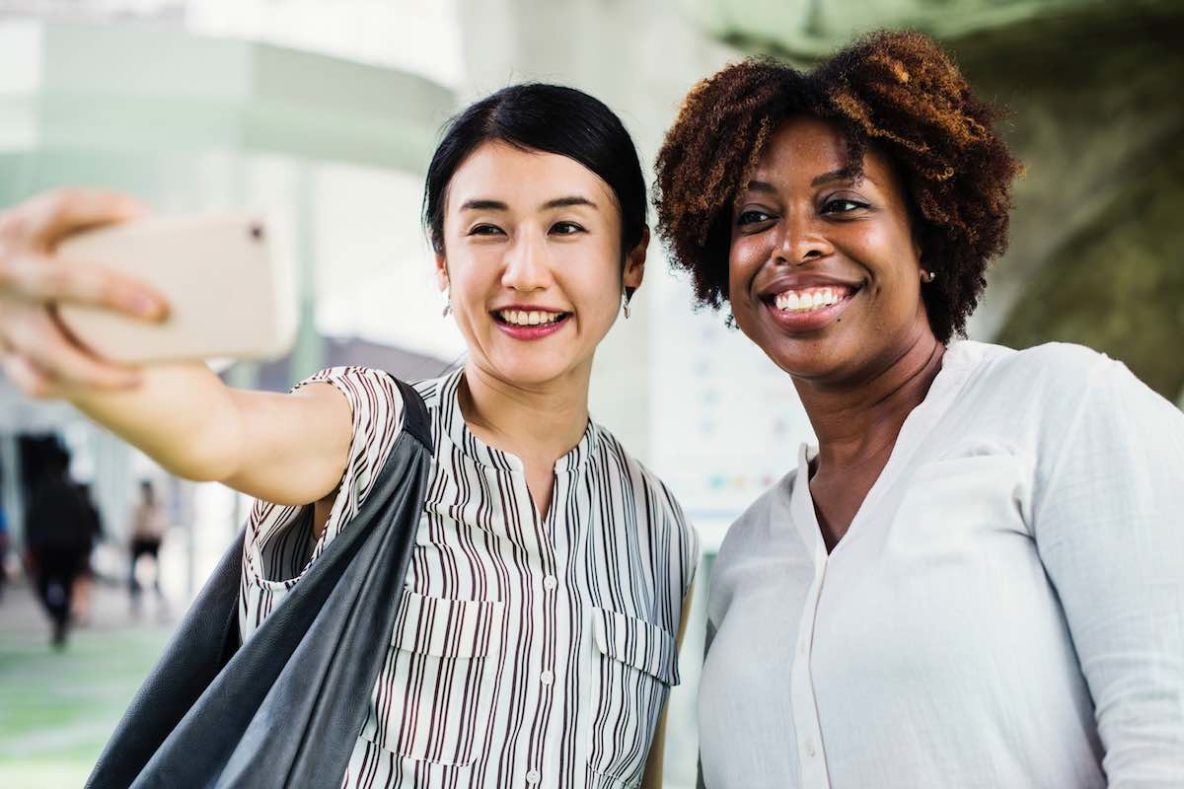 Research shows that ADHD exacts a greater toll on women than it does on men. Clinicians need a different set of tools for diagnosing and treating the disorder across genders — and women deserve a better understanding of how the disorder affects them.

Most mainstream research on attention deficit disorder (ADHD or ADD) tells us that there are no significant differences in how the disorder presents in men versus women. That is, on most measures, data suggests that the sexes experience the same type, number, and severity of symptoms, the same academic struggles, the same number of comorbid disorders, and the same efficacy of medication.

But the lived experiences of real women make it clear that this isn’t the whole story. Women with ADHD face many of the same symptoms as their male counterparts, it’s true — but they also labor under the added burden of restrictive gender roles, fluctuating hormones, and a greater tendency towards self-doubt and self-harm. And emerging research reveals that while their daily symptoms may mirror each other, in the long-term, men and women with ADHD actually face dramatically different outcomes.

It may be time for the ADHD establishment — and women themselves — to accept that gender differences play a more significant role in life with attention deficit than previously thought. Here’s how we can start to make sense of the female ADHD experience.

How Can We Shift Our Model to Include Women?

ADHD was first defined based on the behaviors of hyperactive boys. Indeed, until 2013, ADHD was grouped with the Disruptive Behavior Disorders of Childhood in the Diagnostic and Statistical Manual (DSM I-IV). The presumption remains that the diagnostic criteria for ADHD pertain as accurately to inattentive women as they do to hyperactive boys. Quantitative assessments still focus on external behaviors that interfere with other people. However, most women struggle with an internalized sense of impairment that affects their sense of self and qualitative life management skills. To accommodate the newest data on women’s experiences, the conceptual ADHD model has to shift away from behavior and toward impairment.

The differences in both presentation and impact reflect a gap in our evolving understanding of women and ADHD. Due to their inattentive symptoms and tendency to internalize their feelings, women’s subtle presentations can easily be misinterpreted. A woman’s despairing about unfinished laundry or being late to her child’s recital might be dismissed as anxiety and/or a mood disorder. However, the chronic underlying feelings of inadequacy and shame are difficult to acknowledge and articulate, and more challenging for clinicians to recognize or quantify. Striving to hide their differences and reluctant to ask for help, women second guess themselves and retreat when their credibility is questioned.

What Is the Power of Gender Roles?

Many women feel that conforming to gender role expectations is the route to acceptance. Societal demands for communication and cooperation require perfect choreography of the executive functions. However, women with ADHD are thwarted by unpredictable executive functions. Overwhelmed and frantic, they accept that they are not entitled to a support system, but that, in fact, they are the support system.

Why Do Women with ADHD Have a Negative Sense of Self?

Women with ADHD blame themselves for being too distracted to “catch up” with daily responsibilities. They allow their lack of motivation, disorganization, or lateness to define them, and anticipate criticism or rejection. Ashamed of their emotional reactivity, many censor themselves rather than risk inappropriate responses. Nonetheless, when less guarded at home, their frustration triggers outbursts directed at partners or children. Such unintended episodes leave them feeling demoralized and overwhelmed with regret. Without a neurobiological explanation, they attribute these inadequacies to flawed character.

How Do Hormones Connect to ADHD Symptoms?

As estrogen levels drop throughout menopause, ADHD symptoms intensify. In combination with age-related cognitive changes, confusion, memory, concentration, and sleep become even more impaired. Since women now spend about a third of their lives post-menopause, it is critical that research explore the impact of hormonal cycles on ADHD symptoms.

Why Women with ADHD Are Often Perfectionists

Many women acquired self-esteem through early academic successes. As adults, they still rely on intellect to help them compensate, but the difficulty of sustaining attention makes them question their abilities. Success now requires tremendous investments of time and energy. Comparing themselves harshly to peers who seem to achieve effortlessly, they are determined to present a seamless façade. However, rigid perfectionism comes at a high price. Relentless self-monitoring is fueled by exhausting anxiety. Some women stay up most of the night immersed in obsessive preparations. But when something falls through the cracks, their high standards leave them feeling demoralized and undeserving of compassion. Their façade is only successful if no one suspects the desperation that consumes them. However, this mask of conformity never allows them to be known; their struggles are secret, but no less damaging.

How Do Comorbid Conditions Complicate the Picture?

By adulthood, women with ADHD are usually struggling with more than one comorbid problem, and those symptoms are often the most observable. Consequently, women are often misdiagnosed and treated for anxiety and mood disorders as primary diagnoses. Their physiological expressions of anxiety may manifest in bodily complaints ranging from headaches and nausea to nail-biting or cuticle-picking. They are more likely to present with dysregulated eating patterns, and with a higher BMI. They are more likely to have personality disorders, with Borderline Personality Disorder being the most common. They may present with substance abuse or compulsive shopping or gambling. They may describe sensory overload, with hypersensitivity to touch, sound, light, or smells. They are more likely to have experienced early physical or sexual abuse, and may manifest symptoms related to PTSD. Any combination of these comorbid issues creates a complex diagnostic picture.

What Are Potential Outcomes for Undiagnosed Women?

As women’s responsibilities increase, their psychological distress increases as well, but low self-esteem rarely allows their needs to come first. Distracted from their own self-care, women with ADHD postpone checkups and procedures, and function with serious sleep deficits. Inconsistent eating patterns, shaped by inattention and impulsivity, can result in complications. Chronically stressed, they may depend on prescription medications to manage anxiety, mood disorders, sleep, or pain, or they may self-medicate with alcohol or drugs.

As women mature, they learn to appear less symptomatic, yet their suffering continues as their well-guarded secret. They may distance themselves from friends, and hide their despair from partners. Believing in their unworthiness, they may endure relationships involving emotional and physical abuse. Such hopelessness, combined with impulsivity, contributes to significantly more self-harm compared to men. Even more concerning is their much greater likelihood of suicidal thoughts and attempts. Recent population studies suggest that women with ADHD are more likely to die earlier of unnatural causes, especially due to accidents.

These starkly elevated risk factors merit attention as a public health crisis. But these outcomes are avoidable. Healing begins with a safe connection to one person who becomes a lifeline to acceptance and support.

Take-Home Messages for Women with ADHD

It is critical that research explore why ADHD exacts a far greater toll on women. Perhaps the perfect storm of internalized symptoms, hormonal fluctuations, and the pressure of societal expectations combine to create a context of stressors unique to females. Attributing their difficulties to their own character failures feeds the shame and demoralization that can undermine them. Because women with ADHD are more reactive than proactive, they gradually lose confidence in their own judgment since it often betrays them.

Compared to men, women with ADHD perceive themselves as more impaired, and their experience of negative events as more painful. They are more likely to blame themselves for their difficulties, and feel lucky if things turn out well. They are more likely to struggle with low self-esteem and shame. It appears that women with ADHD are more vulnerable to their perceived failures in self-regulation than men. But what if the experience of men is not considered the standard? These differences suggest that studies comparing women with ADHD to women without ADHD would yield greater specificity about the impact of ADHD.

We cannot direct the wind, but we can adjust our sails. Women with ADHD cannot change their brain wiring, but they can reframe their experiences through a different lens. They can learn to embrace their unique strengths and aptitudes, celebrate the creativity of non-linear thinking, establish new priorities based on self-acceptance, and find ADHD-friendly environments in which they can thrive. Ideally, an ADHD diagnosis is the first step toward reversing their destructive belief system: It offers a neurological explanation for why things are so hard, and offers validation that allows them to own their successes.