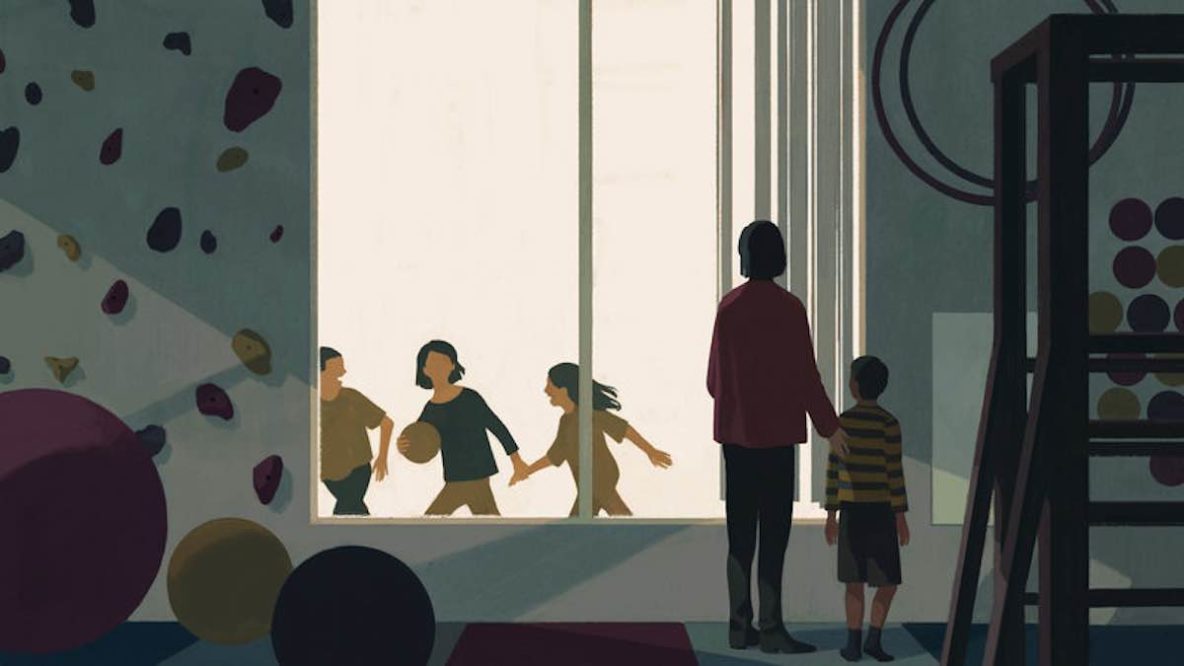 Some parents see it coming. Natalie was not that kind of parent.

Even after the director and a teacher at her older son’s day care sat her down one afternoon in 2011 to detail the 3-year-old’s difficulty socializing and his tendency to chatter endlessly about topics his peers showed no interest in, she still didn’t get the message.

Her son, the two educators eventually spelled out, might be on the autism spectrum.

“I was in tears at the end,” she says. “When I got home, I was just devastated.”

Natalie broke the news to her wife, Stephanie, whose mind fast-forwarded to a distressing future. Would her son — a squat, cheerful boy who, despite his affectionate nature, didn’t have any playmates — ever be able to make friends?

When a doctor eventually confirmed he had an autism spectrum disorder, the diagnosis came with a suggestion: Perhaps the boy would benefit from Prozac when he turned 7.

“That was when both of us fell apart in that meeting,” Natalie says. For both parents, medication wasn’t an option.

“Prozac is a very powerful drug for adults. Why would you give it to a 7-year-old?” Stephanie wondered after the doctor’s visit. “I welled up with all of this emotion. And I said I will not let that happen.”

(To protect their privacy, we are only using Natalie’s and Stephanie’s first names. We are not naming their children.)

The fear of psychotropic drugs led the family to pursue alternative treatments for autism.

To start, they dropped gluten.

Then one day, as Natalie roamed the aisles of a gluten-free expo in a Chicago suburb not far from where the family lives, she came across a booth for a Brain Balance Achievement Center.

Natalie says the program claimed to help with disorders ranging from dyslexia to ADHD and autism. Best of all, it didn’t involve prescription drugs.

“We were very excited,” Stephanie says. “Maybe we found a solution that wasn’t going to be about medicine. I was very, very hopeful.”

“It will completely, absolutely, 100 percent change your life”

Natalie had stumbled upon one of 113 Brain Balance franchises across the country. Seventeen more are in the works. In the dozen years since its inception, Brain Balance says, it has helped roughly 25,000 children. The company says it is currently taking in over $50 million in annual revenue.

Although Brain Balance isn’t the only purveyor of alternative approaches for developmental disorders in the U.S., the scale of the enterprise sets it apart. The company’s approach is still relatively new and not widely known, meaning many experts in the field of childhood development have not vetted its effectiveness.

Brain Balance says its nonmedical and drug-free program helps children who struggle with ADHD, autism spectrum disorders and learning and processing disorders. The company says it addresses a child’s challenges with a combination of physical exercises, nutritional guidance and academic training.

An NPR investigation of Brain Balance reveals a company whose promises have resonated with parents averse to medication. But Brain Balance also appears to have overstated the scientific evidence in its messaging to families, who can easily spend over $10,000 in six months, a common length of enrollment.

Brain Balance’s metrics for consumer satisfaction are impressive. Customers rate the program, on average, an 8.5 on a 10-point scale in surveys, according to the company.

The ratings square with comments in online forums and in interviews NPR conducted with 18 parents who enrolled their children. Across the country, about three dozen centers are run by parents who began as happy customers. To read more from Chris Benderev, click here.