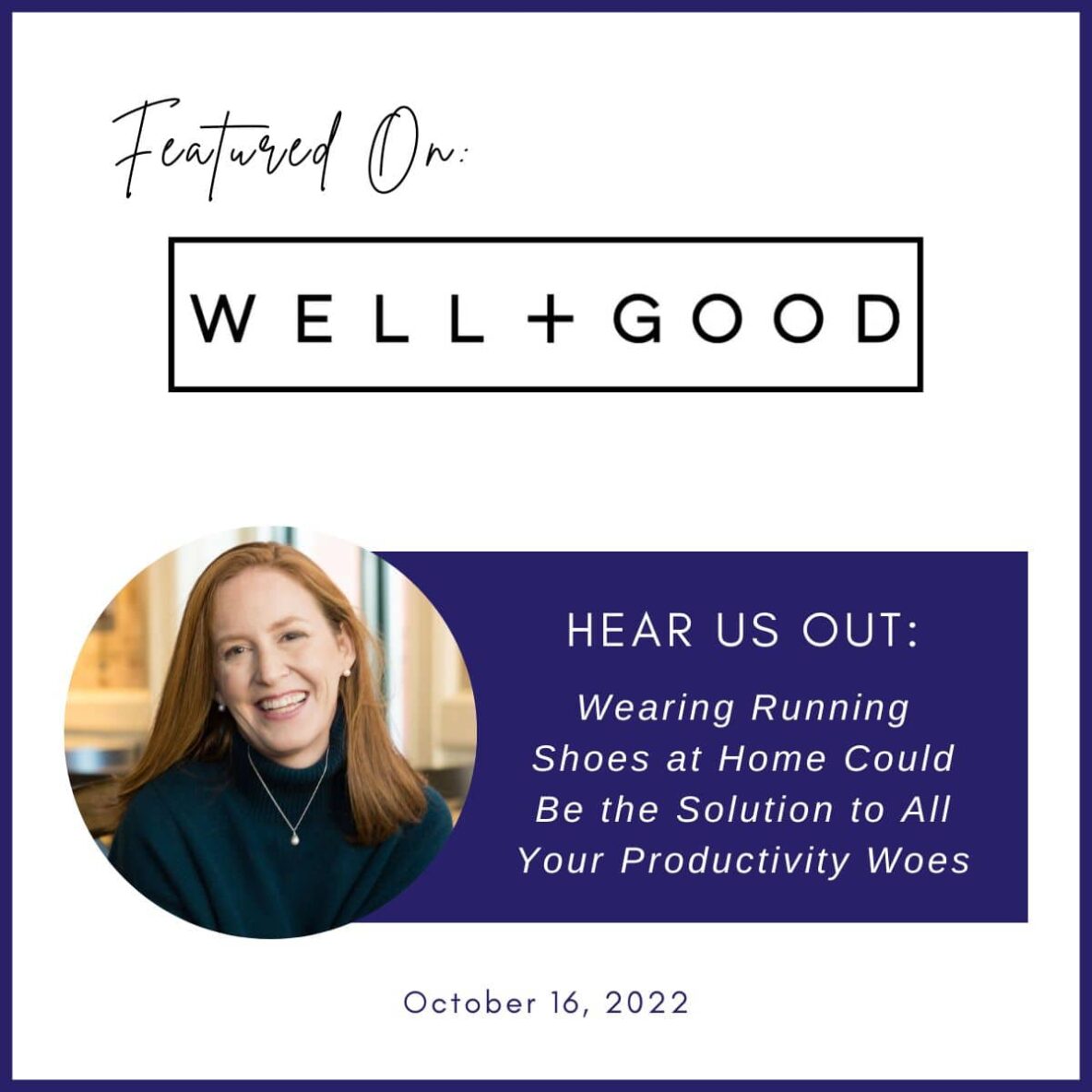 Whether you’re WFH or just need to get some life admin things done (laundry, dishes, finally cleaning out your closet), being productive at home can often feel like an arduous task. Well, according to TikTok, there’s a hack for that: wearing shoes inside.

Yup, something as simple as putting on and lacing up your favorite pair of running shoes may give you that much-needed boost of motivation. Below, experts explain why this productivity hack is so effective, particularly for people with ADHD.

Context-dependent memory, which refers to environmental cues that trigger our memory, is one reason why wearing shoes inside your home can make it easier to check things off your to-do list. “The shoes may be triggering people’s brains for productivity because traditionally, they wear shoes when being active and productive,” explains Marcy Caldwell, PsyD, a licensed clinical psychologist and ADHD specialist. Conversely, psychologist Sanam Hafeez, PsyD, says walking around your home barefoot or in house slippers may make you feel more relaxed and less likely to be productive.

A lowered initiation hurdle to productivity is also at play here, making it easier to get things done. “Because when you have your shoes off, and you are relaxing on the couch, for example, the amount of effort required—and, therefore, the hurdle to start the task—is greater if you need to do one more thing, even just put your shoes on,” Dr. Caldwell says. And, once you’re already in motion, staying productive is easier. “So if your shoes are on and you get moving on one task, it will be easier to do another. This is why it can be helpful to keep your shoes on when you get home—it keeps you in productive energy rather than switching into relaxation mode.”

Dr. Hafeez adds that running shoes, in particular, may trigger motivation because we already associate them with movement. Plus, they’re comfortable, flexible, and light, making it easier to move around the house and complete physical tasks.

Why wearing shoes inside is helpful for people with ADHD

Though Dr. Hafeez says anyone who needs a productivity boost can benefit from wearing shoes inside the house, in particular, she says it can be helpful for folks with ADHD. “People with ADHD are notorious procrastinators, and running shoes may compel them to get up and go,” she says.

Furthermore, Dr. Caldwell notes ADHD brains have difficulty holding things in their minds. So having external cues, such as seeing the shoes or feeling them on their feet, may trigger their brain to get active because it associates shoes with productivity.

While there isn’t evidence or research behind wearing shoes for increased productivity, Dr. Caldwell says there is research that backs an ADHD brain’s difficulty initiating tasks and working memory. And she also notes there is research on the benefits of cue-dependent memory. “It had test subjects learn information both on land and underwater, they were then tested on that information, and they showed greater recall of the information in the same environment where they learned it to begin with,” she explains. Beyond the research, though, anecdotally, Drs. Caldwell and Hafeez have both found this hack effective. “I find I can keep going with sneakers on but can’t wait to kick off heels or other shoes,” Dr. Hafeez says.

Other ways to boost productivity at home

If you live in a no-shoes-inside house, you can still reap the benefits of this hack. To do so, Dr. Cardwell recommends having a pair of “productivity shoes” you only wear inside. She suggests any type of hard-soled shoes like sneakers. “Ideally, they are the kind of shoe that you would want to kick off if you sat on the couch and relaxed because you want to pair them in your brain with being productive,” she says. In other words, slippers won’t be as effective because they’ll cue your brain to relax.

Dr. Hafeez says you can also get a similar effect by changing your clothes. So, if you’re still WFH, for instance, putting on real clothes in the morning instead of staying in pajamas can help you jump right into your day. Similarly, if you usually slip into comfy loungewear as soon as you get home, use that momentum to check off a task you’ve been procrastinating on before changing.